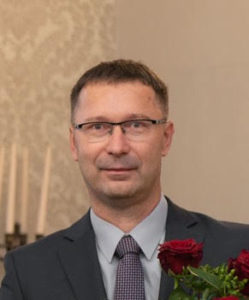 Doctor of economics, assistant professor at the Department of Economy and Public Administration at the University of Economics in Krakow. A graduate of the Cracow University of Economics and the Copenhagen Business School in the field of Master of Public Administration. From 1997 an employee of the Cracow University of Economics, initially the Małopolska School of Public Administration, of which he was the director in 2005-2008. He specializes in public management issues, and conducts research on public policy and development management. Author of 70 publications on this subject.
Participant of many researches and application projects concerning local, regional and central public administration as well as European Union cohesion policy. Author and co-author of several dozen expert opinions and studies prepared for the order, including: The Public Governance Review of Poland. Background Report (OECD), Moving towards a more result / performance – based delivery system in Cohesion Policy (CSIL Milan, European Parliament), Assumptions of the national standardization system for public services (Ministry of Regional Development), National Performance Reserve in Poland. Performance-based case study (CSIL Milan, European Parliament), Research project assumptions: analysis of the expected effects of restructuring and their impact on the labor market (Polish Agency for Enterprise Development), An Analysis of the European Added Value of European Structural and Innovative Funding (CSIL Milan , European Parliament), Strategic programming and its implementation as a development policy tool (Ministry of Regional Development), Strengthening public administration capacity in the process of socio-economic programming of the country and its regions development (Ministry of Regional Development), Mid-term Evaluation of the Voivodeship Development Strategy Małopolski 2007-2013 (the Board of the Małopolska Voivodship). Co-author of the Institutional Development Planning Method (PRI).